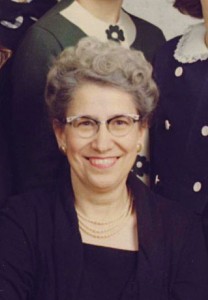 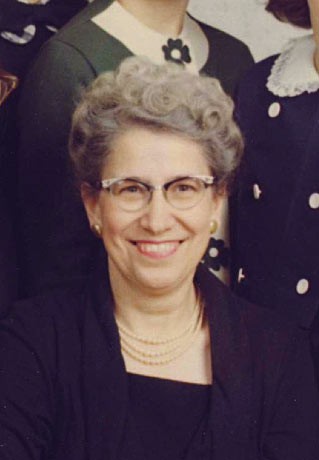 Ethel Irene Gutshall (née Brandt) was born on March 30, 1918 in Annville, Pennsylvania and died on February 24, 2017 in Watsontown, Pennsylvania. She was the youngest daughter of LLoyd Ray Brandt and Edna Susan (Krall) Brandt. Her older sister was Margaret Lucille (Brandt) Jacobs. 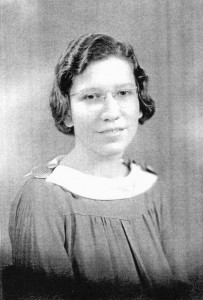 Ethel was named at the suggestion of a neighbor girl whose name was also Ethel. Later in life, she was called “Oma” by her grandchildren, which is the German for grandmother.

Her eyes were hazel in color and her hair was very dark through her twenties. Ethel’s hair grayed prematurely and was always worn in an upsweep with combs. As a child, she and Margaret enjoyed playing Parcheesi and reading books. The mill where their father worked was nearby along the Quittapahilla which enabled the girls even at a young age to walk lunches to him during the summer. When they were older, they would go to Harrisburg, PA together to shop and attend the theater. They enjoyed dressing stylishly.

Ethel was a member of Annville United Brethren Church until 1933. She was baptized and confirmed there. After 1933, the family lived in Mechanicsburg, Pennsylvania. There, Ethel lived with her parents and sister in a house on South Arch Street. It was a twin house that was owned by Louis and Bertha Diller. The Brandts lived on the north side of the home. Lloyd continued to work in the mill business, and owned Mechanicsburg Flour Mills.

In 1936, Ethel graduated sixth in her class of 126 from Mechanicsburg High School. After getting her diploma, she studied at the Harrisburg School of Beauty and Culture for one year. She completed additional work and received a teacher’s license. Eventually, she found work at The Belvedere which was owned by Mrs. Elsie Ott. She worked there for six years. 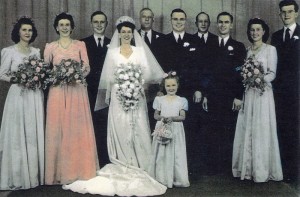 Ethel met Roy Gutshall, Jr. in 1939 after a Vesper Service. Later, when helping to deliver pies, Roy stopped at the Brandt’s house. When Ethel requested a blueberry pie and there was none to be had, Roy had one made and delivered it special to the house. On June 30, 1946, she and Roy were married at Trindle Spring Lutheran Church in Mechanicsburg, PA.

In 1946, she moved to Espy, Pennsylvania after Roy accepted his first charge at Hidlay Church. Daughters Renna Mae and Barbara Kaye were born there at Berwick Hospital. 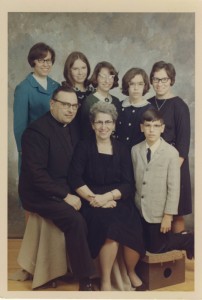 Ethel moved again in 1950, when Roy was given a new charge at Penns Valley Lutheran. The Gutshalls lived in Centre Hall, Pennsylvania from 1950 to 1954. Daughters Linda Faye and Anita Rae were born at Bellefonte Hospital during this time.

The family moved once again in 1954, this time to Jersey Shore, Pennsylvania, where Roy served as pastor for St. John’s Lutheran Church. It was during these years that another daughter, Loretta Gaye, and a son, Luther Allan, were born in the Jersey Shore Hospital.

Around 1955, Roy purchased 155 acres of mountain land not far from Jersey Shore. Here, the family built a cabin. Ethel, Roy, and their children would spend many days there swimming, hiking, playing, and enjoying nature.

In 1966, the Ethel and the family moved yet again. This time Roy was made pastor at the Evangelical Lutheran Church in Greencastle, Pennsylvania. They would remain there until 1969.

Ethel’s final big move was to Watsontown, Pennsylvania in 1969 after Roy was installed at St. John’s Lutheran Church, Delaware Run. When Roy retired in 1985, the Gutshalls built a house on a property adjoining the Delaware Run parsonage. Here they lived together for the next 19 years.

Ethel’s first grandchildren were born in 1976. Over the next several decades, she enjoyed traveling, gardening, visits to the cabin, and spending time with her growing family. She was especially adept at crocheting and made many afghans. 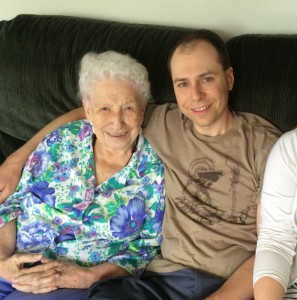 Roy died on November 2, 2004 after 58 years of marriage to Ethel. After his death, Ethel continued to live in her home until 2013, when the house was sold and she moved in with her daughter, Loretta Gaye. During these years, she owned a cat, Klymer, who was named for her ability to climb and hang on the kitchen window screen.

In her mid-70s, Ethel’s eyesight began to fail due to macular degeneration. By her 90s, she was unable to see except for blurred shapes and patches of light. While this impacted her ability to crotchet and read, she continued to be an excellent conversationalist, a skill which had served her well during her many years as a minister’s wife.

Ethel also had a lifelong passion for ice cream. The flavor didn’t matter, as long as it was cold she would say. For many years, she had an ice cream cone each evening after dinner.

She died on February 24, 2017 a week after suffering a stroke. Her remains were cremated and interred along her husband Roy’s at Delaware Run Cemetery.