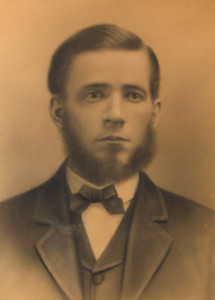 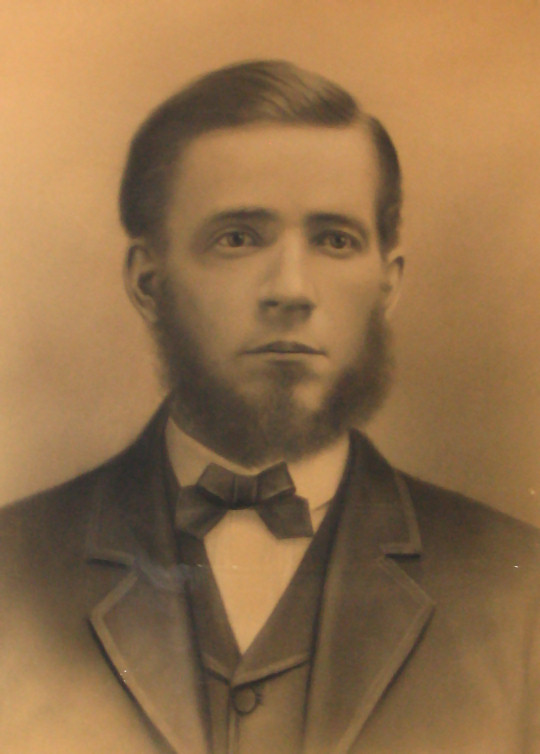 Harry Charles Williamson used the alias Chas W. Cook and enlisted Sep 16, 1861 in Company H of the 44th Regiment of Ohio Volunteers commanded by Capt H. P Shaffer. He is described as 5 feet 8 inches tall with hazel eyes, light hair and light complexion. He is promoted to First Sergeant in Company H of the Eighth Regiment of Ohio Cavalry Volunteers on May 11, 1864 at the Headquarters of the Regiment in Charleston WV. Chas W. Cook was discharged from Company H of the Eighth Regiment of Ohio Cavalry on May 20th, 1865 at Clarksburg WV by reason of promotion. He is then promoted and mustered in as a 2nd Lieutenant on May 21, 1865 in Clarksburg VW. He was honorably discharged at Clarksburg VW on July 30, 1865.Harry / Chas applied for a pension and a disposition document that is dated April 29, 1882. It states:… that during the summer of 1862 at Meadow Bluff WV by reason of chronic diarrhea, he contracted piles, and during the years of 1862 / 1863 by reason of hard marching and exposure he contracted varicose veins.further states:… in the line of duty at Beverly VW on or about 29th day of October 1864 he was injured on the head and severely injured in the back and ruptured on the right side. This injury occurred in the following manner. An attack was made on the Regiment by Capt Hill of the Rebel forces, and during the engagement while attending to his duties, applicant was struck upon the head with the butt end of a gun by a rebel soldier and severely injured, and afterwards during the same engagement his horse stumbled and fell throwing him violently to the ground and very severely injuring his back and rupturing him on the right side.and that:… he is half disabled by injuries received at Beverly, and one fourth disabled by reason of piles and varicose veins contracted in 1862 / 1863.His wife, Emma E. Williamson, applied for a widow’s pension on June 23, 1890. The application states that Harry C. died on June 6, 1890, age 48 yrs, from injuries suffered during the War of 1861. An included Marriage Record states she was married to Harry C. on Jan 1, 1868 in Greene Co. Ohio. The widow’s pension was granted Sep 4, 1891 and was in the amount of $12 a month to be paid quarterly. She was also entitled to an additional two dollars a month for each of her two living children, Harry T. and Mary Williamson.