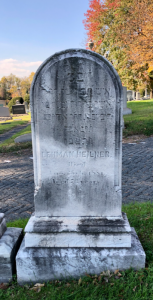 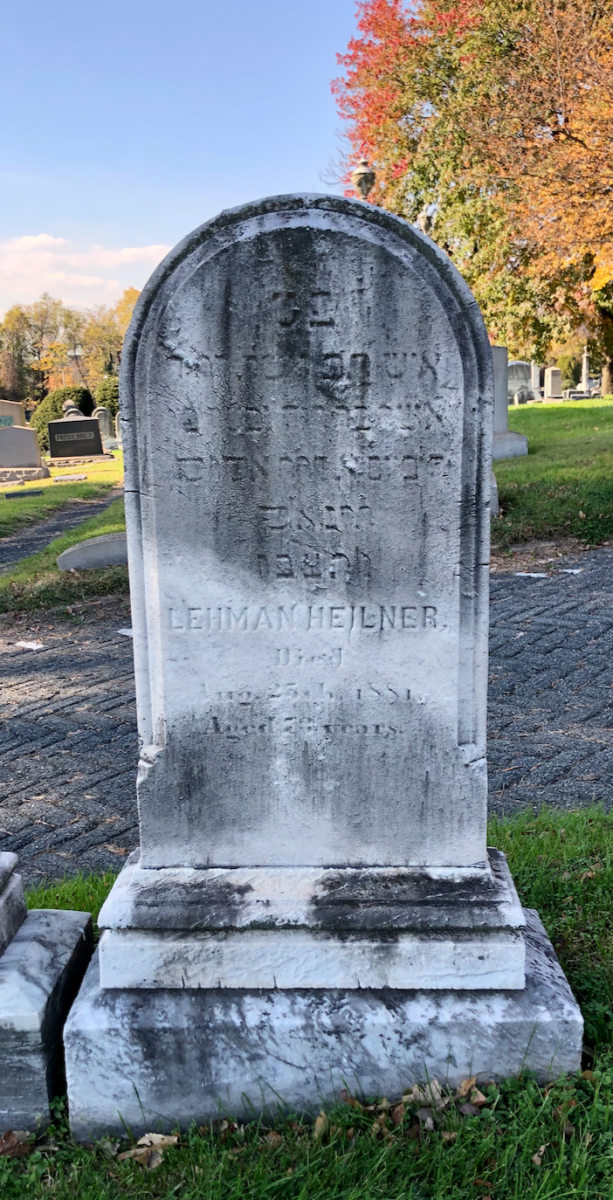 Lehman/Lehmann (also known as Asher, his Hebrew name) Heilner was a rabbi. He was born in Bavaria and moved to NYC in 1840 where he worked as a choirmaster according to the archives of Claire Freedman (as interpreted by Leonhard Scherg). According to the paper “The Heilner Brothers from Urspringen,” Lehman would host newly-arrived family members in NYC, such as Aron Heilner’s eldest son Seligmann, as well as a younger son, Sigmund.

The 1855 NYC Census lists Lehman’s family except his two youngest daughters. His job is listed as “Jew Clergy,” and he and his wife Caroline are both listed as having been born in Germany. Later, Lehman’s family moved to Baltimore. He is buried in the Baltimore Hebrew Cemetery in Baltimore MD. Photo of his tombstone was taken by Jill Epstein on Find a Grave.

Before moving to the US, Lehman “worked as a private tutor in Remlingen and took over [his Uncle] Aron’s post in Unterleinach in 1829.” -“The Heilner Brothers from Urspringen” by Leonhard Scherg