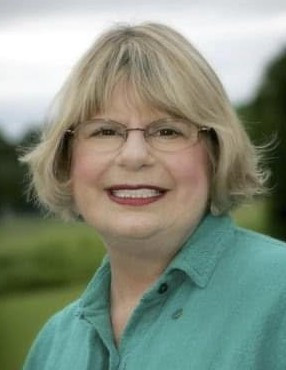 She was born July 26, 1941, in West Pittston, a daughter of the late Phil B. Harris and Miriam (Rutherford) Burns. In 1965, she married Charles “Chuck” P. Hagenbaugh, who survives.

Becky graduated from Syracuse University with a degree in Advertising Art and Journalism. She was a member of Chi Omega Sorority. She lived and worked in New York City, where she would meet her husband, Chuck.

They moved to Cleveland, Ohio, where she was the art director of an industrial publishing company, while Chuck was an engineer with Ohio Bell. While in Cleveland, their daughter, Stacie, was born. The family moved to Mountain Lakes, NJ, for Chuck’s job with AT&T. Becky worked for EXXON Travel Club as an art director and was on the School Board. They then moved to Cokesbury, NJ, where Becky was a partner in an advertising agency.

Finally, Becky and Chuck settled in Mifflinburg, when Chuck took early retirement from AT&T to enjoy hunting and fishing at the cabin property that was inherited outside of Laurelton, where Becky would spend her summers as a young girl with her grandparents. She became the Main Street Manager in Mifflinburg, as an opportunity to give back to the community, and became the Director of Mifflinburg Heritage and Revitalization Association(MHRA). For the community, Becky served on all MHRA event sponsored committees, initiated and received for MHRA and the Borough of Mifflinburg the “step one” planning grant to revitalize the historic residential area of Mifflinburg, wrote and received the grants that accompany Mifflinburg being named an Achiever Main Street Community of Pennsylvania in 2004, wrote and edited News & Views, the towns newsletter, and wrote and received 5 Union County Commissioner Tourism Grants annually, to promote the community.

Outside of the MHRA, Becky was involved in Greater Susquehanna Valley Chamber of Commerce, Susquehanna Valley Visitors Bureau, and United Way of Union County, as a member on the Board of Directors for all, and stepped into other various rolls. She was also a part of “Rails and Trails” Task Force, Union County Historical Society, Buggy Museum member, “Club 39” Mifflinburg Senior Center, Leadership Susquehanna Valley Alum class of 2000, and the Daily Item “Fearless Forecaster.”

Becky received numerous awards, including Greater Susquehanna Valley Chamber of Commerce “Karen Hackman” Leadership and Volunteer of the Year 2004, Pennsylvania Business Central as Top 100 Business People in 2007, and Entrepreneur of the Year Finalist in 2003.

She is survived by her husband, Chuck; and her daughter, Stacie Hagenbaugh and her wife, Linda Jones, of Montague, Massachusetts.

The family would like to thank the caregivers, Linda Zimmerman, Cindy Cullison, and Tina Falck, for their compassion and care over the years.