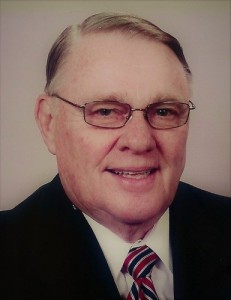 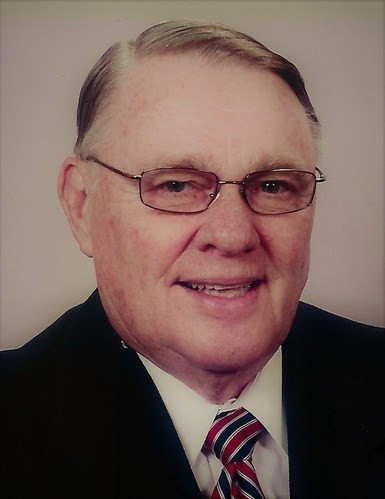 Robert Geil Born: January 31, 1936 in Peru, IL Died: March 8, 2022 in Birmingham, AL Robert Geil, 86, of Waltham Twp., passed away on Tuesday, March 8, 2022 at the University of Alabama Hospital in Birmingham. Funeral services will be held at 11 a.m. on Monday, March 14, 2022 at the Waltham Presbyterian Church, with Rev. Joel Stevenor, Pastor, officiating. Burial will follow at Freedom Lutheran Cemetery, where full military rites will be accorded by the American Legion Post 33 Honor Guard. Visitation will be from 2 to 5 p.m. on Sunday, at the Mueller Funeral Home in Ottawa. Robert was born on January 31, 1936 in Peru to Edward and Ruth (Clement) Geil. He married Yvonne Anderson on October 13, 1957 in Freedom Twp. Robert was the owner and operator of the Sears Merchant Store, Mendota and retired from Heilig Meyer Furniture. He was a member of Waltham Presbyterian Church and was past president of the Waltham School Board. Robert was a veteran of the US Army. He was a member of the Elks, Kiwanis and C.R.O.P. He is survived by his wife of 64 ½ years, Yvonne; two daughters, Kathy (Doug Jordan) Bolen of Elgin and Diane (David) Stock of Mt. Prospect; three grandchildren, Daniel (Renee) Stock, Jessica (Nicholas) Kron and Lindsey (Kellen) Rhodes; four great grandchildren, Theodore Stock, Timothy Stock, Maxwell Kron and Madeline Kron; and a sister, Barbara Christopher. He was preceded in death by his parents. Pallbearers will be Daniel Stock, Nicholas Kron, Kellen Rhodes, Kevin Thompson, Brad Thompson and Paul Pitstick.